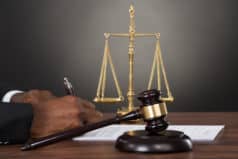 Expanded eligibility and an easier path to wiping a criminal record clean in New Jersey offers more people the opportunity to move forward with a clean slate.

As part of his Second Chance Agenda, New Jersey Gov. Phil Murphy signed legislation that creates a petition process for criminal records expungement for New Jersey residents who have not committed an offense in 10 years and who have not been convicted of the most serious crimes such as murder, robbery and sexual assault. The new law took effect in June 2020.

Akil Roper, vice president of Legal Services of New Jersey, told NJ radio stations that Legal Services saw applications for expungement increase even as the courts were closed earlier this year because of COVID-19. “The group took this as an early indication that the easing of expungement requirements is attracting many more New Jerseyans,” the report says.

Roper said employment is likely the leading reason that people seek to have their criminal records wiped clean. Having a criminal conviction can make it much harder to find employment or change jobs.

What is ‘Clean Slate’ Expungement in New Jersey?

Expungement of criminal records is a second chance provided under New Jersey law to those who have been arrested and/or convicted of a crime. Expungement removes criminal records from public access, which means they will not show up in background checks unless you apply for jobs in law enforcement, correction or the N.J. state judicial branch.

If your criminal record has been legally expunged, you have the right to answer “No” to questions about any arrests or criminal convictions in interviews and applications for jobs, loans, scholarships, and gun permits.

The law requires the creation of an electronic filing procedure, which eliminates filing fees and makes the application process easier and faster. The court is required to run the petitioner’s criminal background information and serve the necessary parties 30 days after filing. The state police, attorney general, or county prosecutors have 30 days to object to a petition with any statutory objections or to contest inaccuracies.

The same law requires that low-level marijuana convictions be sealed upon the disposition of each case, preventing those convictions from being used against those individuals in the future. Individuals with such convictions will be eligible for expungement immediately after payment of any fine levied, completion of probation or parole or release from incarceration, legal custody or supervision. Legislation to legalize marijuana in New Jersey failed to pass in 2019.

“This is the most substantial — both in terms of expanded eligibility and improved process — reform to the expungement law I’ve seen in a decade of doing this work,” said Roper, who is Legal Services’ chief counsel for reentry.

Roper said that after people were laid off and evicted during the COVID-19 pandemic, many of those seeking employment and new places to live had to deal with the burden of a criminal record. He called the new law, which became effective in June, a “golden opportunity” for them.

Even when New Jersey has an automated criminal record expungement system in place, individuals will have to meet certain requirements before their records may be wiped clean. However, the new law makes several changes to eligibility requirements, including:

What has not changed is that an individual will have to have paid all fines levied for a conviction, been released from incarceration and/or completed probation or parole satisfactorily before becoming eligible for record expungement.

An individual who has been convicted of more than one indictable offense cannot have their records expunged.

Certain crimes will not be eligible for expungement from a New Jersey criminal record, including:

If you believe you are eligible to have your New Jersey criminal record expunged, you should contact a qualified NJ attorney for assistance. The process is still a complicated process that can be slowed by technical errors that an experienced attorney can help you avoid.

If you are eligible, the expungement attorneys at the Law Offices of Jonathan F. Marshall can also help you get your New Jersey criminal records expunged. We have nine offices across New Jersey and have the knowledge and resources to get the work done for you without error or delay.

Contact us at (877) 450-8301 or online to schedule a free consultation with one of our respected New Jersey criminal defense lawyers today and learn how we can make a positive difference in your life.