Home Blog How Do I Defend Myself Against Cybercrime Charges?

How Do I Defend Myself Against Cybercrime Charges?

How Do I Defend Myself Against Cybercrime Charges?
The Law Offices of Jonathan F. Marshall February 10, 2021 | Uncategorized

If you have been charged with a computer crime, your liberty is at stake. Cybercrime charges usually follow extensive investigations by forensic experts and may encompass federal charges or multiple state crimes if you are charged in New Jersey.

Cyber and computer crime charges in New Jersey are punishable by imprisonment and fines, including the presumption of imprisonment for those found guilty of certain offenses. Federal cybercrime offenses typically carry more severe punishment than state charges.

If you are facing cybercrime charges, it is crucial that you exercise your legal right to remain silent and to have a lawyer present during all questioning. In fact, if you have been asked to turn over your computer or cell phone or investigators have seized your computer, you need a lawyer.

In New Jersey, the Law Offices of Jonathan F. Marshall can act quickly and aggressively to help if you face computer crime charges. You should talk to a criminal defense lawyer without delay. Don’t put yourself in jeopardy by waiting. Contact us now at (877) 450-8301 or online. Our criminal defense team of former N.J. prosecutors and public defenders works from offices in Red Bank and across New Jersey.

Are Cybercrime Investigators Watching You?

As our economic, leisure and social lives have moved to online platforms, law enforcement organizations have sharpened their focus on computer crimes. Cybercrimes are criminal offenses committed using digital devices, such as computers, tablets or smart phones. They may or may not involve social media or other aspects of the internet. They include various types of theft, fraud, trespass, invasion of privacy, malicious destruction of property, virtual assault, sex crimes and terrorism.

In New Jersey, the Cyber Crimes Unit (CCU) of NJ State Police specializes in the investigation of:

At the federal level, the FBI is focused on financial and intellectual property theft, cyberattacks and intrusions that put critical infrastructure at risk, and child pornography and online predators targeting children.

We all need to learn to protect ourselves from potential computer crimes. But if you’ve been accused of a cybercrime, you need a strong legal defense to avoid potentially harsh punishment.

Defending Yourself Against Computer Crime Charges 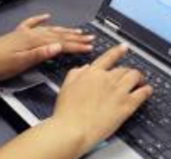 Under the American system of justice, you are presumed innocent unless and until you are proven guilty of a crime. If you face cybercrime charges, the prosecutors must prove beyond a reasonable doubt that you are guilty. An experienced criminal attorney can develop a solid defense to the charges.

If you have been asked to turn over any computer or internet-capable devices or associated logs, you should understand that you are the subject of a criminal investigation. However, if this is a workplace investigation, your devices may have been searched while you were absent. Regardless of the scenario, there’s no way to know how long you and your computer / online activities have been under surveillance.

You should decline to answer investigators’ questions once you recognize that you may be suspected of wrongdoing. You may be told this makes you look guilty, but it is your right to remain silent and consult an attorney. Investigators will try to tie you to certain facts, locations and/or a timeline to show that you had access to certain devices, networks or platforms that gave you the opportunity to commit the cybercrimes they are investigating.

You should state clearly that you want to cooperate with investigators but would like to speak to your attorney first. Then you should promptly contact the Law Offices of Jonathan F. Marshall so we may protect your legal rights.

In most cybercrime cases, the evidence is circumstantial. Even forensic evidence in computer crime cases – evidence obtained from examining computer devices– is only circumstantial if no one observed the alleged crime being committed. Under cross-examination, an expert witness can be compelled to admit he or she does not know for sure.

Digital evidence may also be fabricated to implicate a third party for a cybercrime. Individuals who know their way around computer devices and networks can create false records, spoof email headers and IP addresses, or hijack someone else’s account to plant virtually any kind of record they want.

This brings up another issue with cybercrimes: they require a certain amount of knowledge, which is increasingly widespread. Prosecutors will have to prove you are capable of the allegations against you. If you are a member of your company’s IT staff, your capabilities may be held against you. But, if members of the IT staff or other co-workers can testify as to how often you turn to them for help, your lack of capabilities casts you in a different light.

In addition, we can obtain the forensic evidence being used against you and have it examined by skilled and experienced computer professionals. They can examine and explain the facts of the case to help us propose alternative theories that raise reasonable doubts about the prosecution’s case.

If you have been charged with a computer or cybercrime in New Jersey, you need a strong, dedicated legal defense crafted by experienced N.J. white collar crime attorneys.

Our defense strategy will depend on the facts of your case. There are numerous ways to raise questions about computer crimes cases, because they are typically built upon circumstantial evidence. Sometimes we can stop a prosecution based on faulty allegations and/or a flaw in a search warrant or another investigative tool. If your case goes forward, part of our defense may be to have our computer consultants testify as expert witnesses on your behalf.

Our highly experienced New Jersey legal team can mount a solid defense against cybercrime charges that you do not deserve or negotiate the best possible resolution to your case if you have made mistakes with computers, computer systems, or social media. Phone (877) 450-8301 or complete our online form for a free initial legal consultation today.