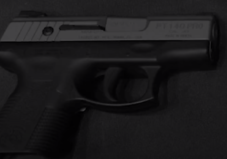 You are certainly facing a serious matter if you have been charged with possession of an illegal handgun in Burlington County.  The unlawful possession of a weapon law imposes stiff penalties that are particularly severe when a handgun is involved.  It is therefore important to do your research before selecting an attorney. You will absolutely need a crafty advocate since a conviction carries a mandatory term of imprisonment. Hiring a criminal defense lawyer with a proven record of success defending New Jersey gun offenses is an absolute necessity to ensure you maintain your liberty.

The attorneys at our firm have precisely what you need to skillfully defend an unlawful possession of a handgun charge in Burlington County. Our team of talented litigators offers:

You can speak to an attorney at the firm around the clock and initial consultations are free. Call us at 609-491-2110 for immediate answers to your questions and concerns.

Unlawful Possession of a Handgun Charge

It is a second-degree crime under N.J.S.A. 2C:39-5b for an individual to knowingly possess a handgun without a permit to carry.  It is important to point out, however, that it is not a violation to be in possession while en route to/from a shooting range or gun shop. The headings below address some of the more common areas of interest for someone charged with unlawful possession of a handgun in Burlington County New Jersey under this law.

Elements to Prove the Charge. There are three things that must be established by the prosecutor, beyond a reasonable doubt, in order to obtain a conviction: (1) there was an operable handgun (e.g. Glock, Beretta, Ruger, Colt, etc.); (2) that the defendant knowingly possessed; and (3) the defendant did not have a permit.

Exemption from this Law. There are numerous potential bases for exemption from the requirements of 2C:39-5b and they are: (1) a member of the military transporting an authorized handgun between places of duty; (2) federal law enforcement officers required to carry in performance of their duties; (3) state police officers; (4) corrections officers or wardens engaged in the transport of prisoners; (5) sheriff, prosecutors and attorney generals; and (6) police officers.

Inoperable Handguns. Since a fundamental element of this offense is that the handgun is operable, an individual cannot be convicted of this charge if the firing pin or some other defect in the gun renders it inoperable.

BB & Pellet Handguns. The grade of crime for unlawful possession is reduced to a third-degree crime when the handgun is powered or propelled by a spring or air such as in the case of a BB or Pellet gun.

You should also know that this offense falls under the sentencing requirements of the Graves Act.  What this means is that the Burlington County judge presiding over your case must impose a period of parole ineligibility that is at least 42 months at the time of sentencing for possessing an unlicensed handgun. An extended term of imprisonment could also come into play if you previously committed a criminal offense involving a firearm.

Applicability of Diversion Programs. As a general rule, this violation is not eligible for resolution through Drug Court or the Burlington County Pretrial Intervention Program. You should also be aware that an individual sentenced for this offense is ineligible for the Intensive Supervision Program.

Pretrial Release. While an individual is supposed to be afforded the opportunity for pretrial release in unlawful possession, a directive from the NJ Attorney General mandates that prosecutors file a motion to detain at the initial appearance in handgun cases. You should expect a contest on release so it is crucial that you retain an attorney as soon as possible who is experienced in defending a detention hearing in Mount Holly NJ.

Contact Our Mount Holly Unlawful Possession of a Handgun Attorneys

Handgun charges are an extremely serious matter that requires a talented Burlington County defense lawyer to properly navigate. It makes sense that you would be doing research if you have been charged with this time of weapon offense in this county. What is also extremely logical is that you take advantage of the opportunity to speak to one of our criminal lawyers since credentials like ours are honestly rare. Contact our Mt. Holly NJ Office at 609-491-2110 and a member of our team with gladly give you time to discuss pretrial release, bail, or any other facet of your unlawful possession of a handgun case.