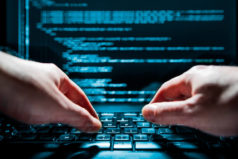 Tampering with someone else’s computer with the intent to alter, damage, or disrupt its function with malicious software (“malware”) or to spread a computer virus is a serious crime in New Jersey. Those convicted of this type of computer crime could spend 10 or more years in prison and be assessed a $150,000 fine. If you are charged under federal statutes, the potential penalties are likely to be more severe.

If you face charges of criminal computer activity involving malware distribution, you need to obtain experienced legal representation at your first opportunity. State and local law enforcement agencies in New Jersey and in the federal government have created specialized agencies and mounted a concerted effort to enforce laws pertaining to computer-related crime and punish perpetrators.

The New Jersey criminal defense attorneys at the Law Offices of Jonathan F. Marshall defend clients against computer-related criminal charges, including individuals arrested for distribution of computer viruses and malicious software. Our criminal defense attorneys have been defending individuals charged with a wide variety of state and federal crimes for decades. We were early to recognize the importance of evolving criminal law pertaining to the use of computer technology. We have the knowledge, analytical ability, and legal skills to provide a powerful and effective legal defense to a variety of computer crimes.

Formidable Qualifications To Your Defense

If you are charged with a crime alleging involvement with computer malware distribution, the Law Offices of Jonathan F. Marshall can move aggressively to help you. Contacting us quickly may enable us to stop an indictment from moving forward or ensure that federal charges are filed in New Jersey state court instead of federal court.

If you have been indicted or you know you are being investigated for a computer malware or virus crime, contact the Law Offices of Jonathan F. Marshall now. We have offices in Red Bank and across the state of New Jersey. Phone (877) 534-7338 or contact us online to set up a free initial legal consultation convenient for you.

What is the Distribution of a Computer Virus or Malicious Software?

“Malware” is the abbreviated term for “malicious software,” which refers to harmful computer programs that go by a variety of names depending on their structure and/or how they act.

Other Types of Malware to Avoid

The New Jersey Cybersecurity and Communications Integration Cell (NJCCIC), a component of the N.J. Office of Homeland Security, maintains specific threat profiles and tracks more than 500 variants of: 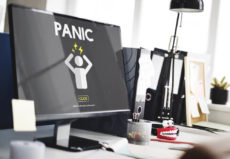 New Jersey consolidates several laws against criminal computer activity at N.J. Rev. Stat. § 2C:20-25. Under this statute, a person is guilty of a crime if he or she “purposely or knowingly and without authorization, or in excess of authorization” accesses or attempts to access and alters a computer, its data, software, systems, network, and services.

A portion of the statute makes it a crime if someone:

Finally, computer crimes cannot be merged. Defendants face separate judgments, sentences, and fines for each charge filed. There is an additional fine of $500 to $2,000 for each computer crime conviction, depending on the severity of the offense. These fines go into the state’s Computer Crime Prevention Fund.

You must act appropriately to defend yourself from charges of computer hacking and infecting a computer or computer system with a virus or other malware. You should decline to answer police questions related to the case and state clearly that you wish to speak to your attorney. Questioning is designed to tie you to facts, locations, and/or a timeline that substantiates your access to certain computers, devices, networks.

If you contact the Law Offices of Jonathan F. Marshall soon enough, we may be able to halt an improper prosecution based on false or faulty allegations and/or a flaw in a search warrant or another investigative tool used by prosecutors. If we cannot stop charges from going forward, we would work to ensure they are filed in New Jersey state courts rather than federal courts. Federal laws carry stiffer penalties than state laws.

Our defense strategy will depend on the facts of the case, the evidence against you, and our ability to counter the most damaging aspects of the prosecution’s case. If the facts allow, we could seek to have charges reduced and filed under another section of the law that makes it a fourth-degree offense to access and recklessly alter, damage, or destroy computer equipment if the value of the damage does not exceed $5,000.

If we cannot get charges dropped or reduced, we can have computer professionals we regularly consult examine the forensic evidence against you while we work to undermine the government’s “theory of the case.”
Our goal is to resolve the case in the most favorable manner available to you. If a conviction would be your first criminal offense, you might be able to enter a diversionary program for nonviolent first offenders and have the charges dropped when you complete it.

If you have been charged with a computer crime involving the release of a virus or other malware in New Jersey, you need experienced N.J. computer crime attorneys to defend you from the very real threat of prison time. There are numerous issues we can raise to call into question malware computer crime charges. Our cybercrime defense attorneys will work diligently to obtain the best possible outcome for your case.

Phone (877) 450-8301 or complete our online form today for a free legal consultation about mounting a defense for you.